The building had an office function previously. The basement floor has contained technical volumes and warehouses during the previous purpose of the building. Later, while the building was transformed into a university, we designed a lighting renovation for these basements.
We hung colored plexiglass panels from both sides of the cable trays, which were in the corridors in the previous usage of the building. We aimed to make this corridor will be both colored and less complicated. 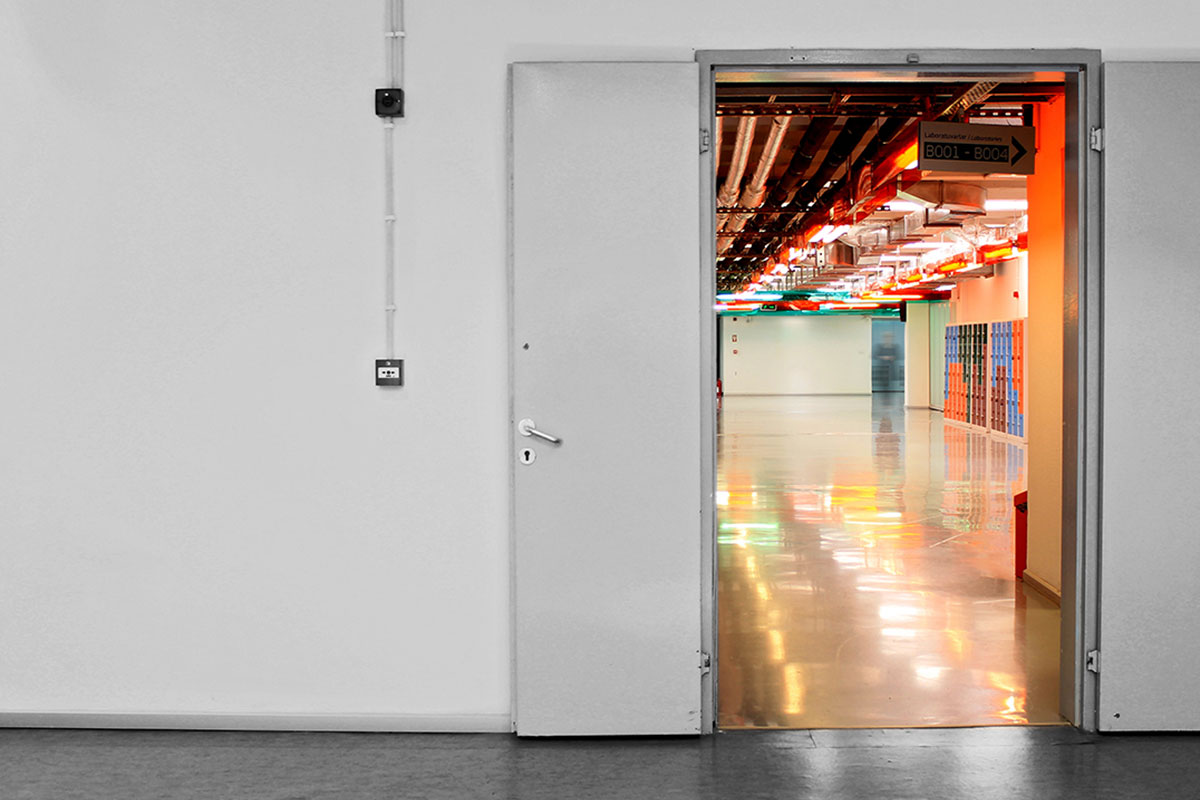 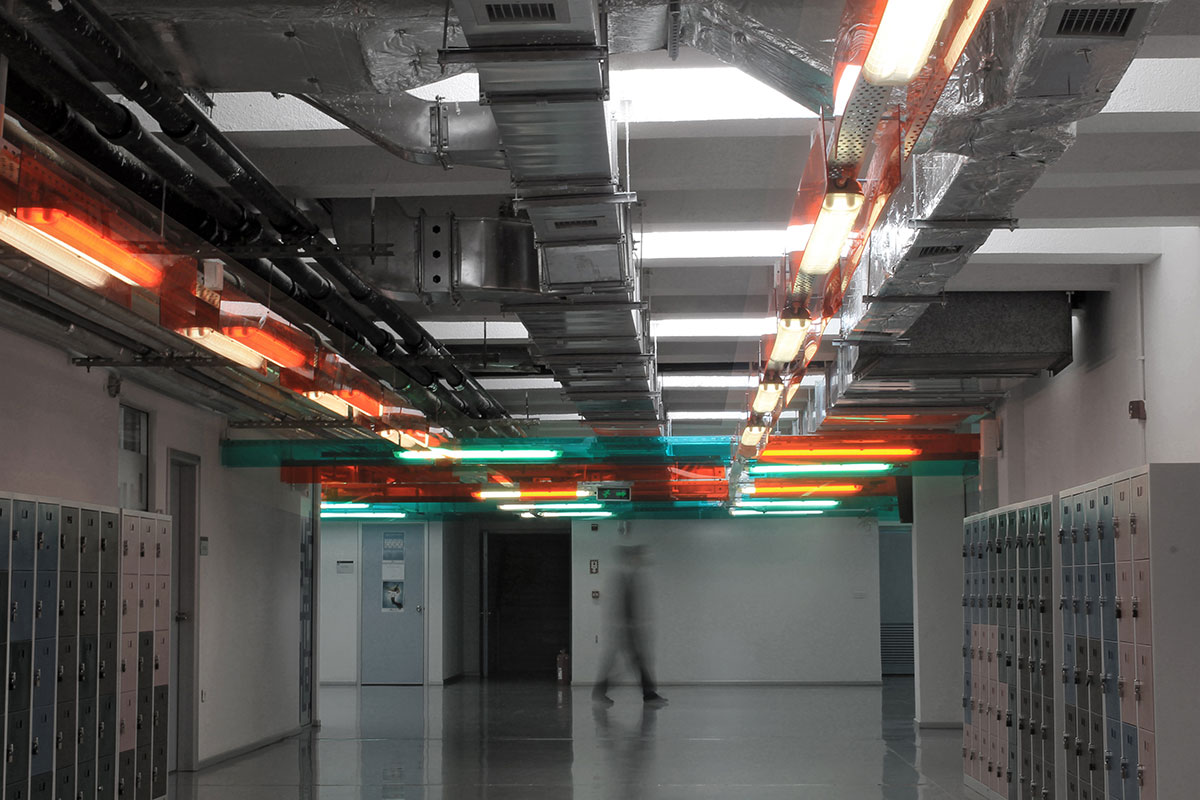 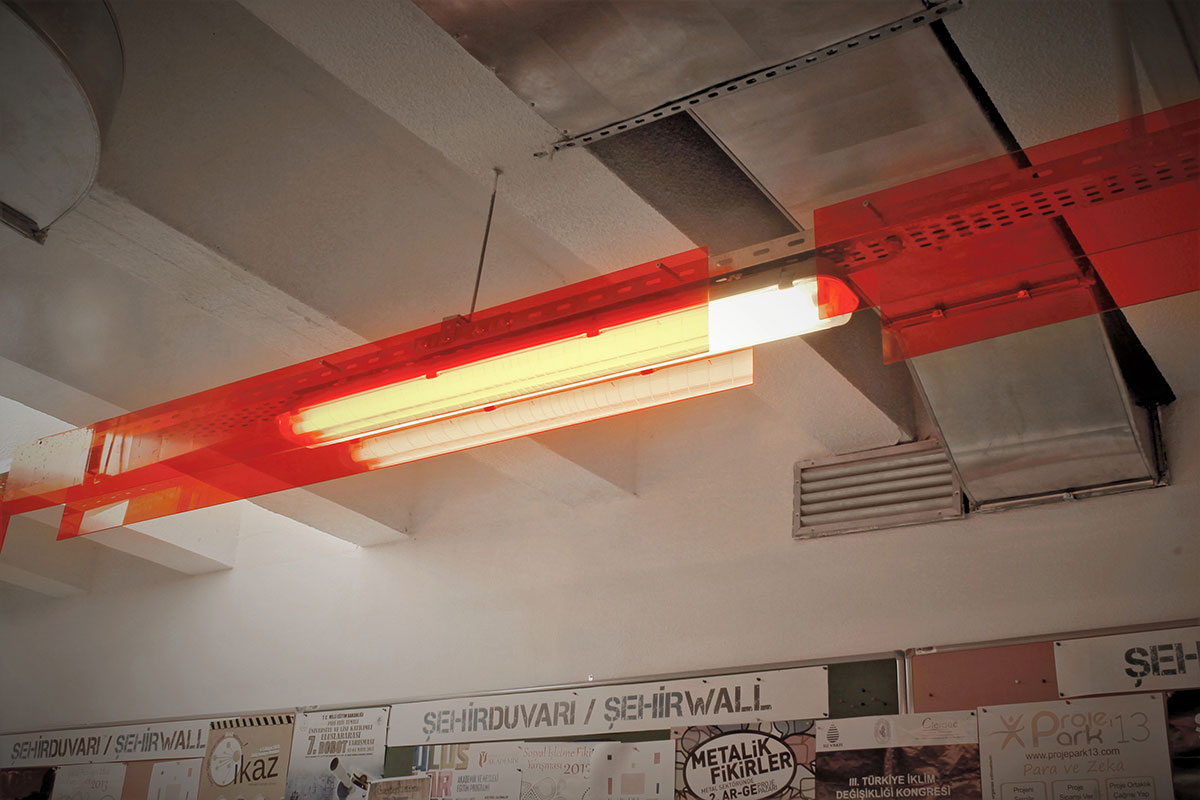 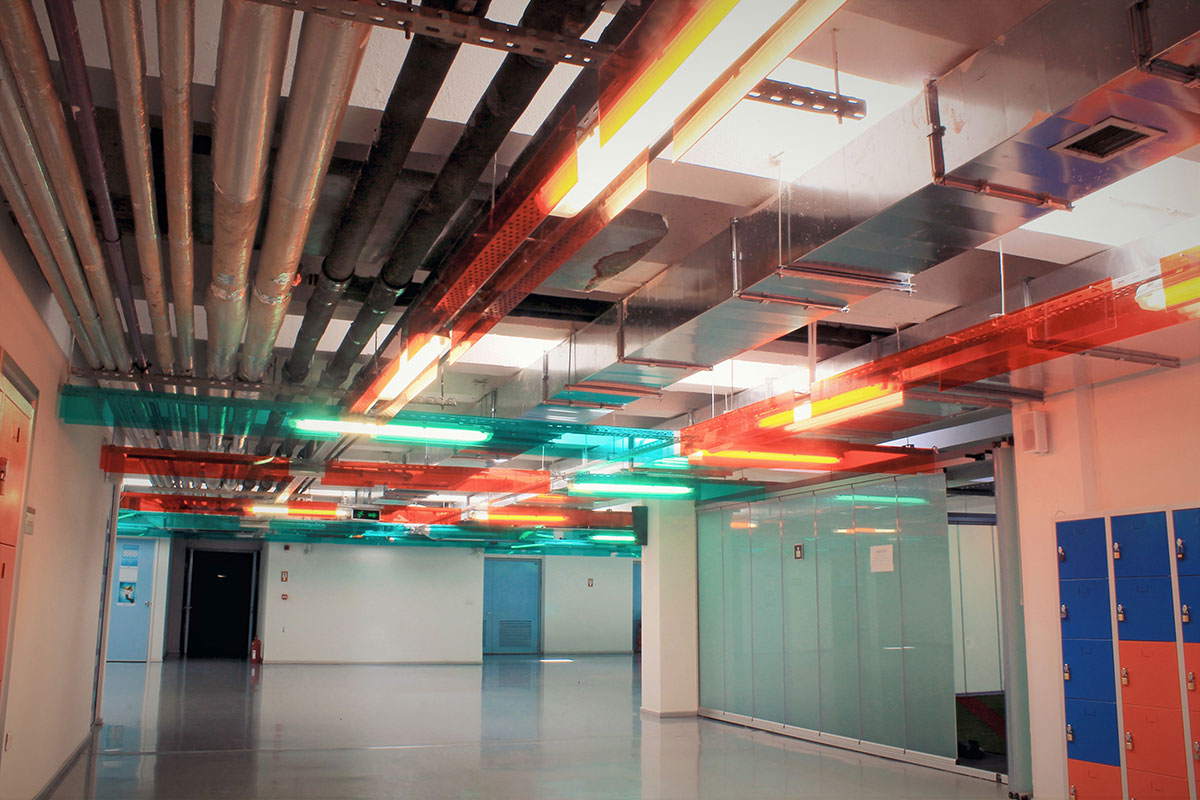 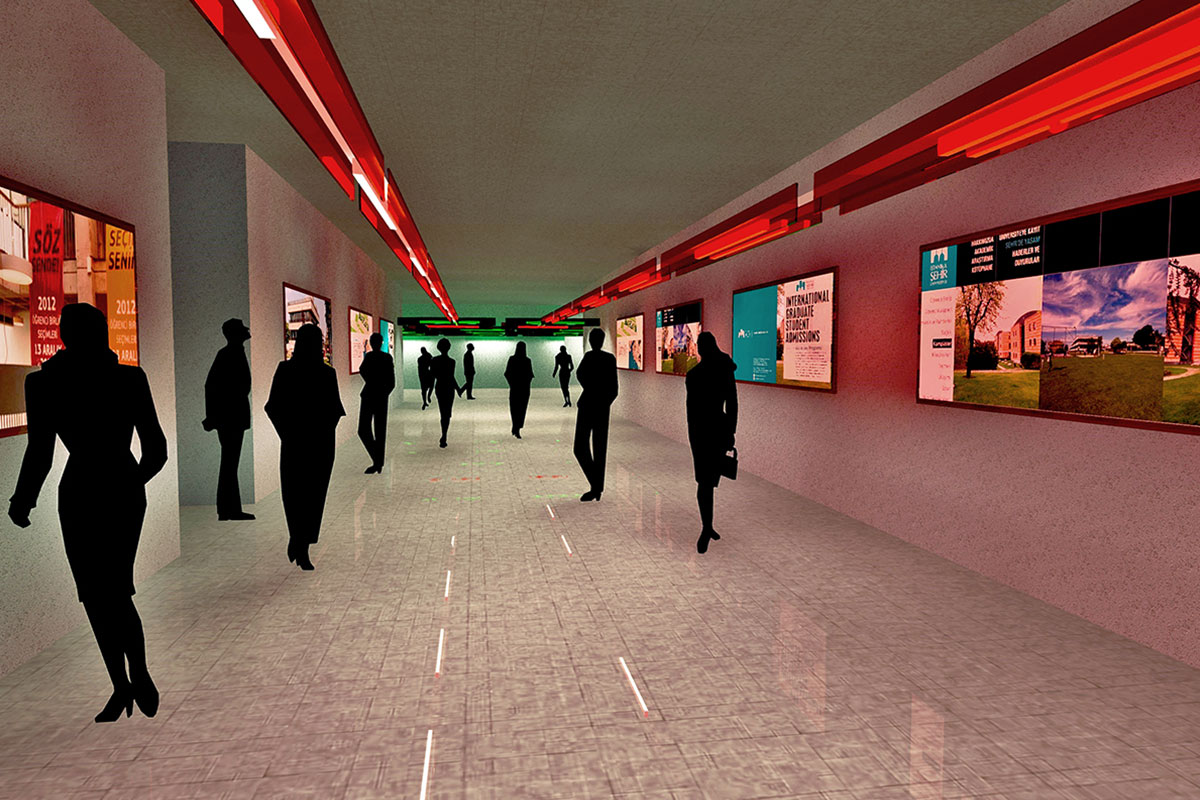 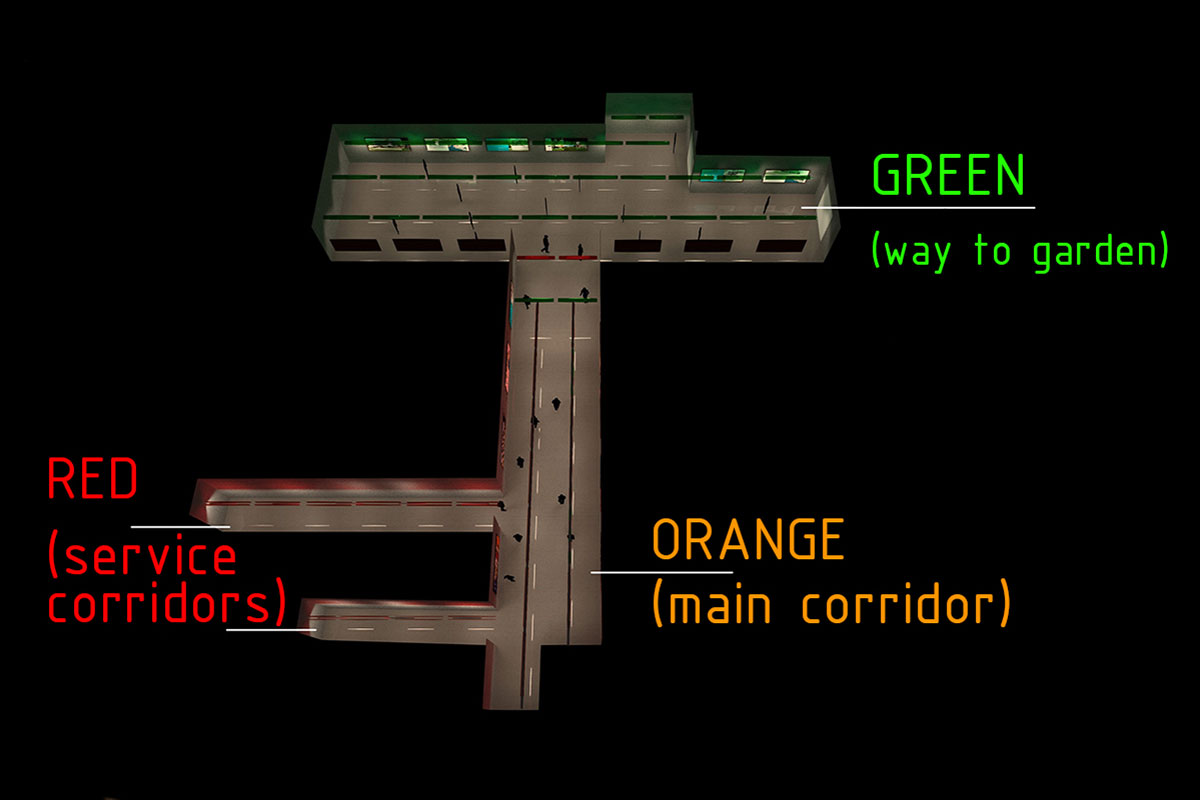