The architect of Akbank Academy Life Centre, Cem Ilhan from TECE Architects, describes it as… “a project that does not try to be a building. On the contrary, it multiplies the green area by hiding its intense architectural program into the landscape. It hides the densely needed fitness centre, conference and exhibition halls, common meeting spaces, mini bazaar, and cafeteria volumes under a green plateau that is gently raised from the natural ground. Thanks to the architectural planning of the building, despite the intense program it contains, every place has been brought to natural daylight.”

The building is located next to the head office of Akbank, one of the most important banks in Turkey. Since the head office operates on a 24 hours basis, Life Centre has been planned to serve the employees to perform a variety of social activities in day and night times.

The lighting design is based on the following principles:

• The concept that the building is placed under the ground without damaging the landscape, but coming out to earth with a gentle opening, was emphasized by light at night.

• The tear-effect of the structure from the ground was highlighted by internal lights coming from the windows and uplights that were directed to the canopy.

• The feeling that the landscape continues over the building was also provided at night hours. The bollard lightings which were used for general lighting were placed also onto the roof.

• Using today’s technology, it is aimed to design timeless lighting (maybe even a little old-school).

The light was not used as a designer’s show tool, but to support the architectural ideas of this land-integrated structure. Instead of a single façade lighting, a combination of interior lights, environmental lighting, and façade lighting was designed to create mixed lighting. Thus, an inviting night environment was created to spend time in it. 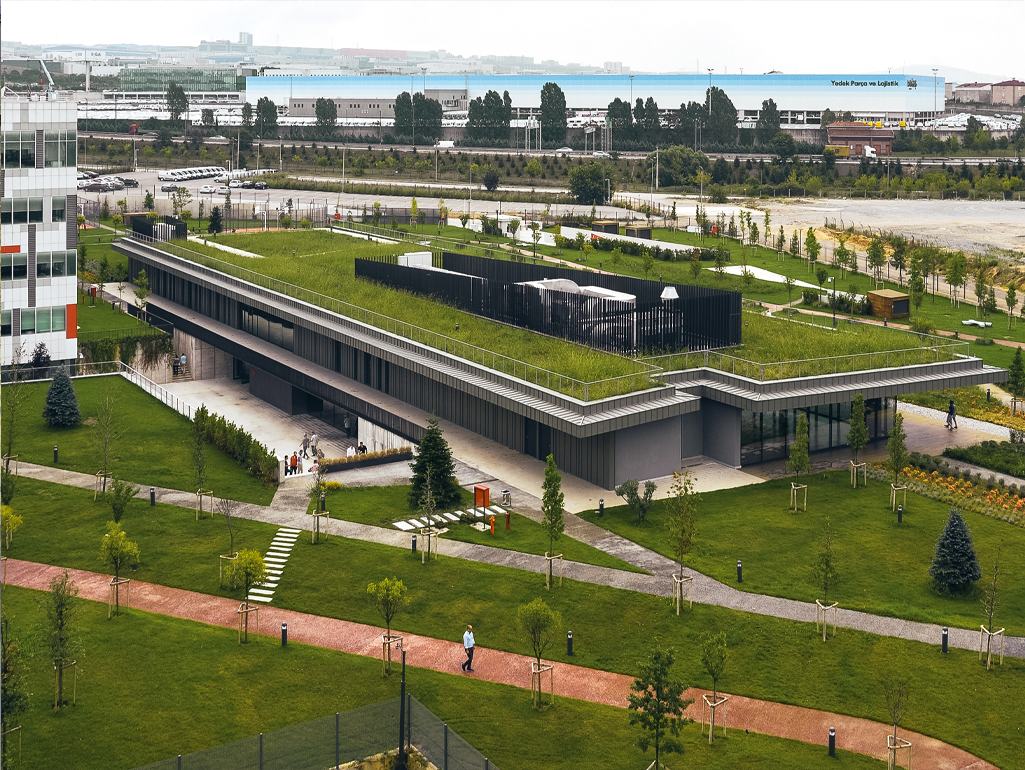 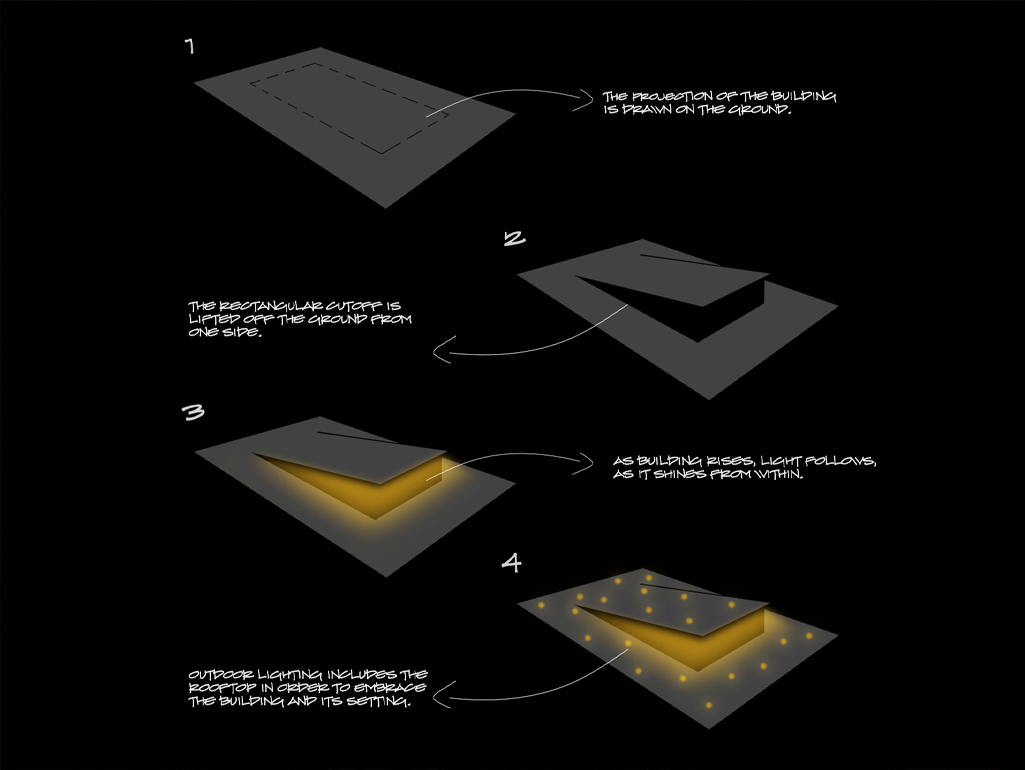 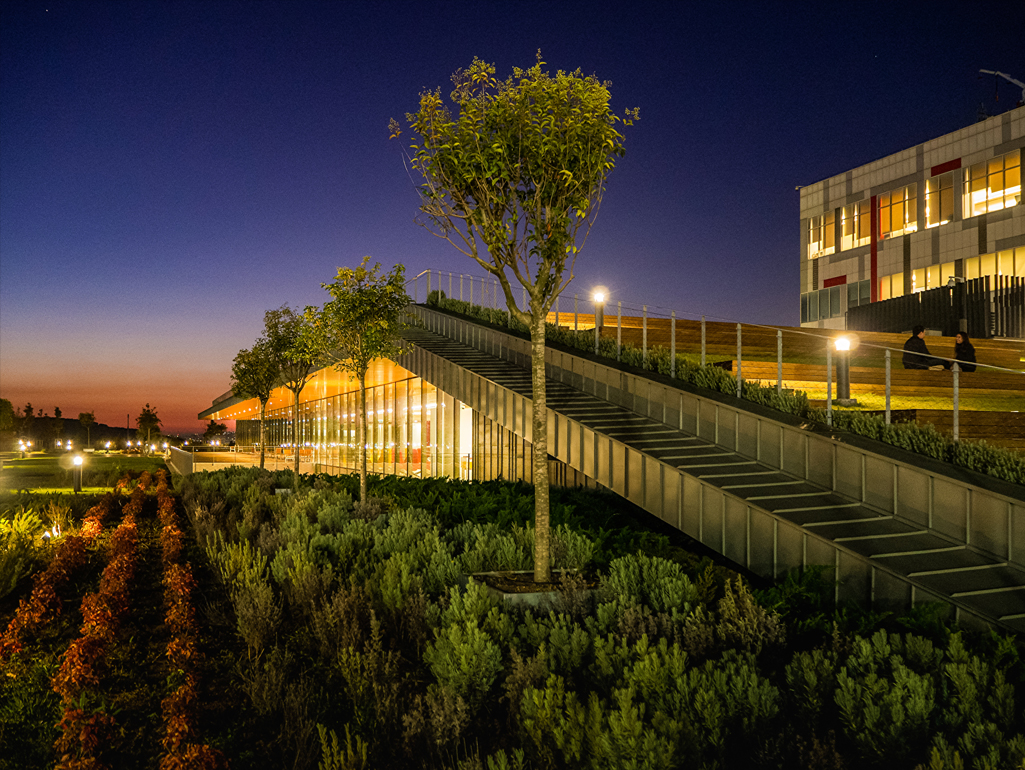 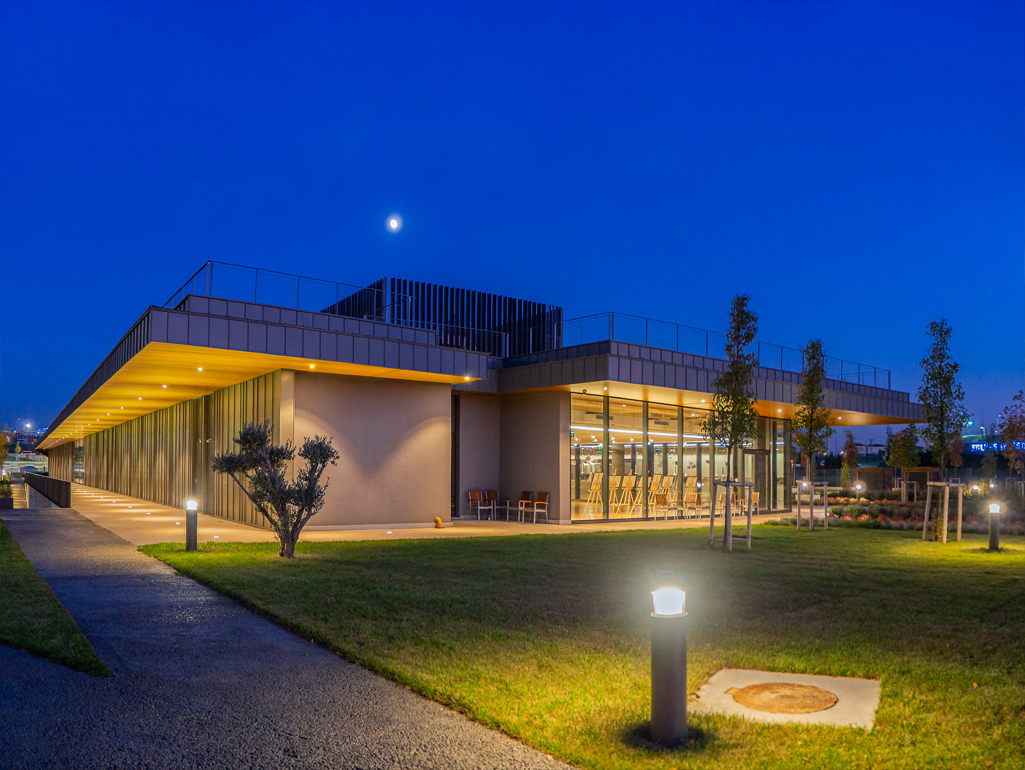 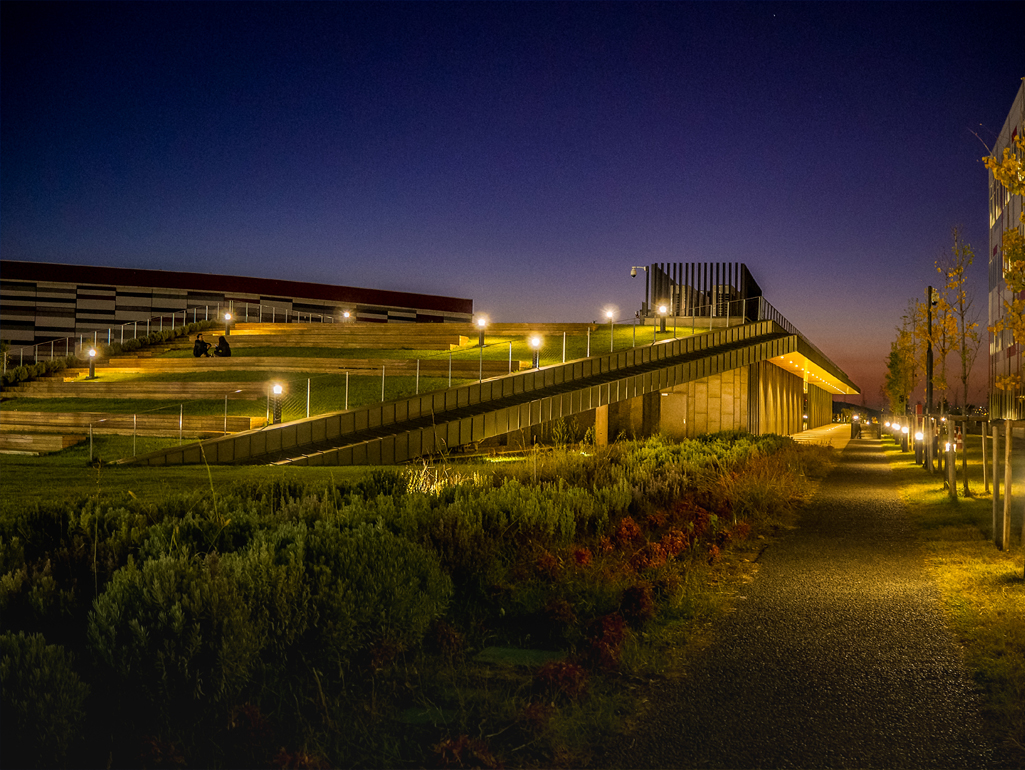 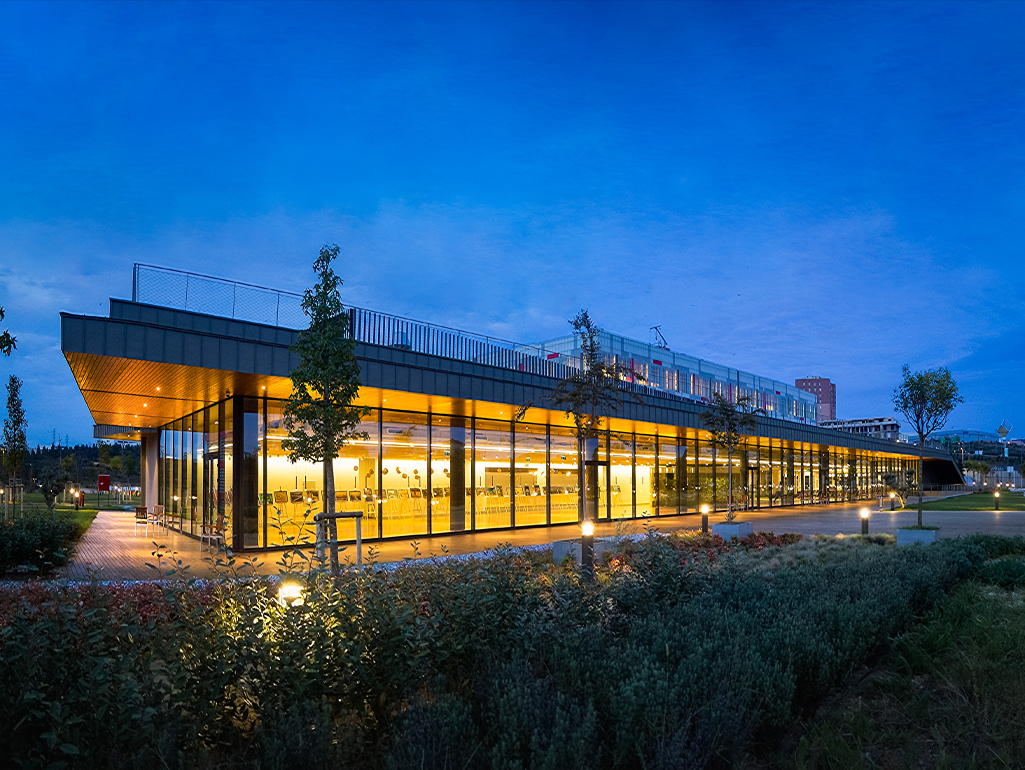 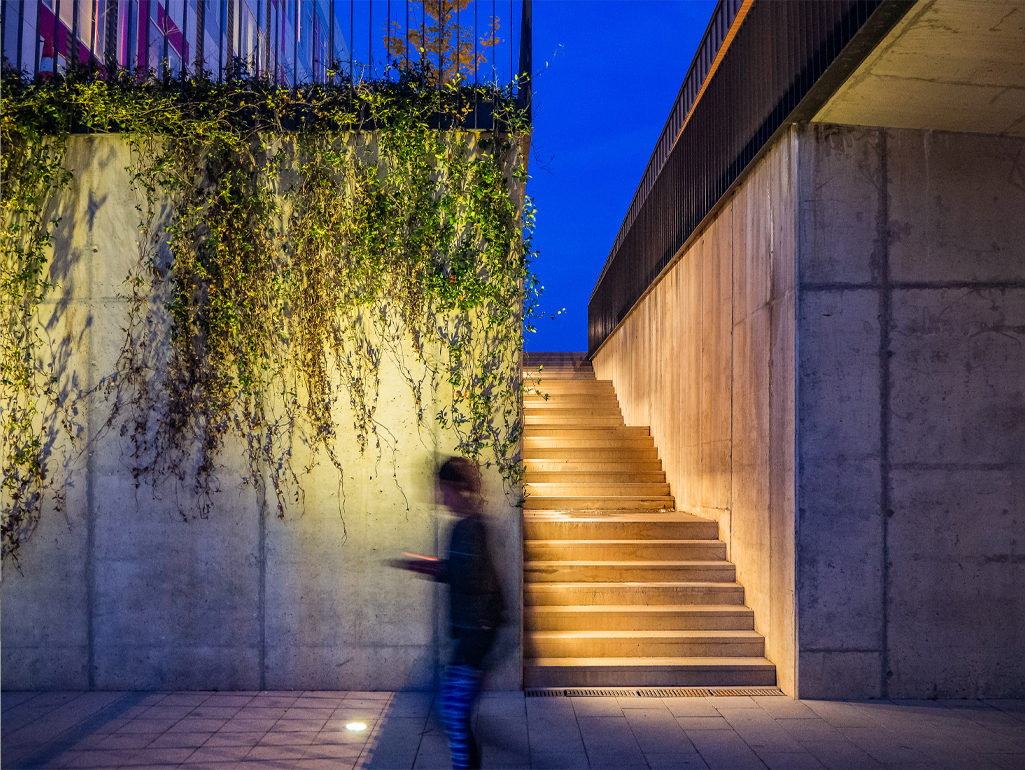 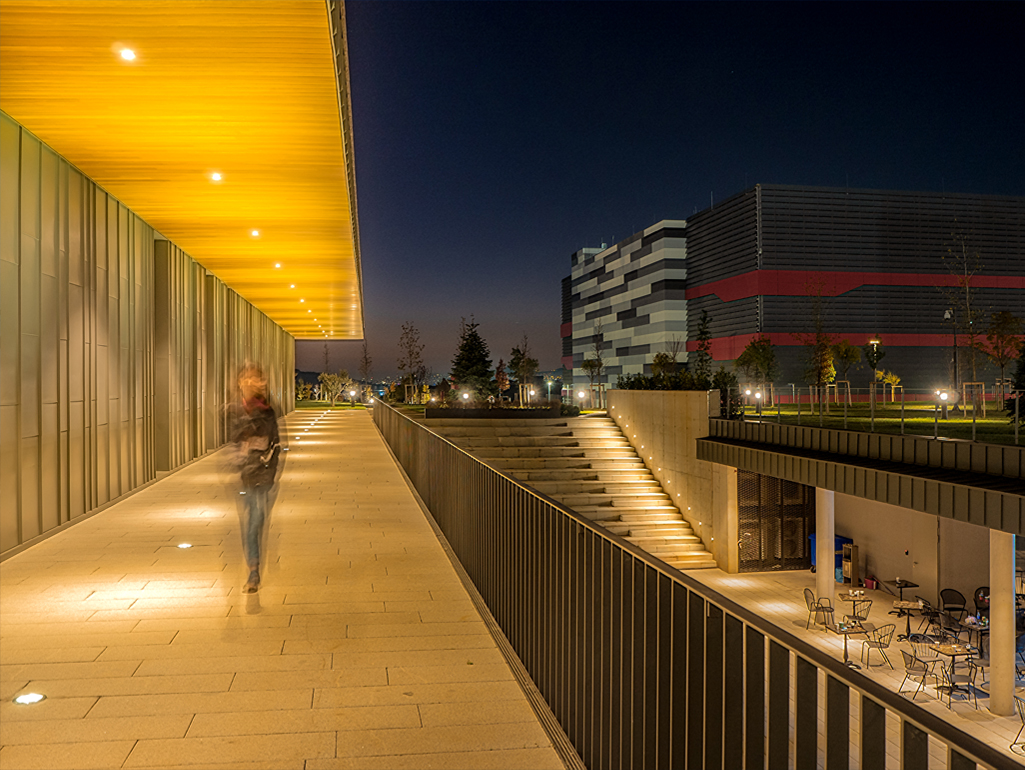 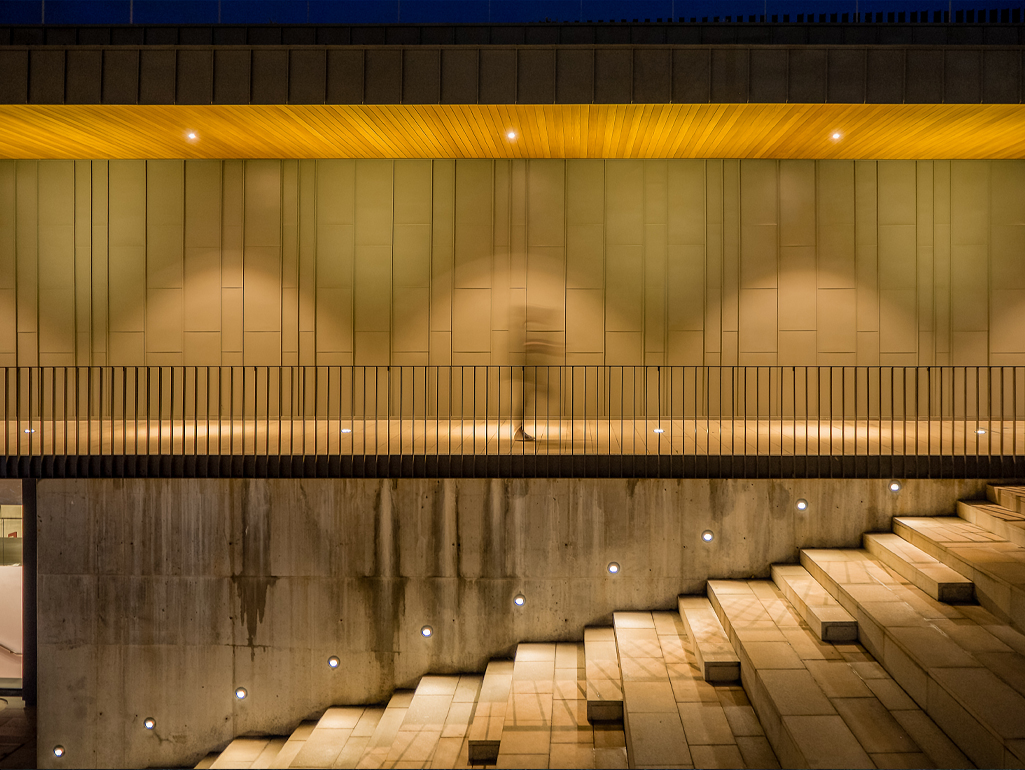